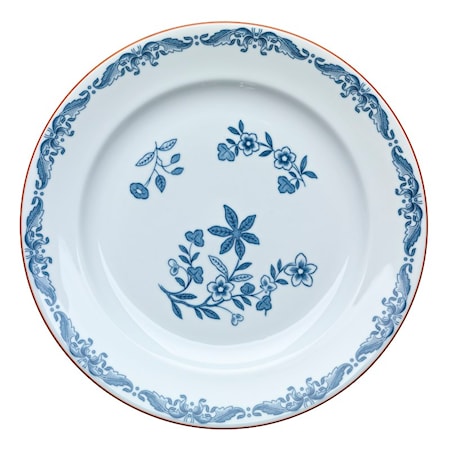 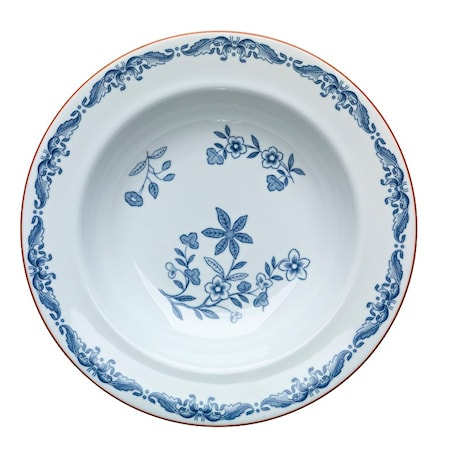 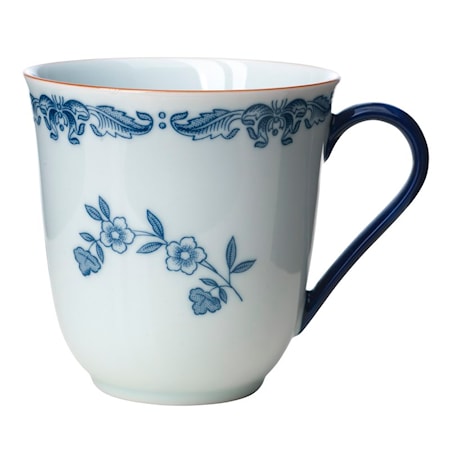 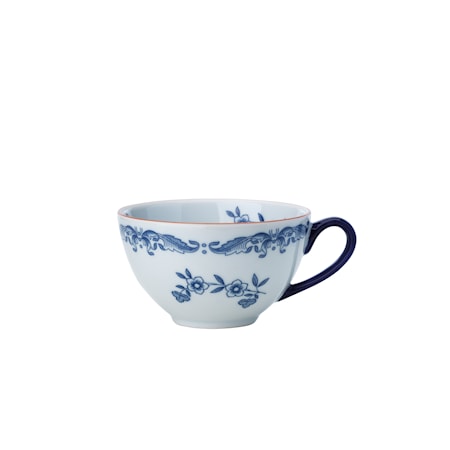 Ostindia cup 16 cl €19.00
The year was 1930 when Emmy Almström spotted a shard of an East Indian plate in a glass cabinet in her husbands office. The shard turned out to have come from a shipment brought by the ship Götheborg, which sank in 1745. She left the shard and a note on her husbands desk which read: "Knut. I think You should do something with this...". In 1932, after naming competition, which was announced in connection to the celebration of the Swedish East India Company's founding, the dinnerware series Ostindia was introduced. It is still one of Rörstrand's best sellers and was named the dinnerware of the century a few years ago.

The series Ostindia can be found in many Swedish homes and despite shifting trends it has remained very popular. The high quality porcelain can be put in the dishwasher and is very durable, which in combination with the beautiful pattern means it will probably remain popular for generations to come! The plate has a diameter of 18 cm and is perfect for starters and desserts.